CLA members are invited to nominate an individual who has made significant contributions to criminal justice in Canada. The 2023 nomination deadline is March 31, 2023. Results to all nominators will be emailed by June 30, 2023. Details of the nomination requirements are noted below.

The G. Arthur Martin Criminal Justice Medal recognizes an individual who has made significant contributions to criminal justice in Canada. Nominations are open to any individual properly nominated. The person nominated does not have to be a CLA member.

The Committee will review all complete nomination packages and make a selection. The nominator and award recipient will be notified before June 30. There is one award recipient per year.

Presentation of the Award:

The Award will be presented at the annual Criminal Lawyers’ Association Fall Conference. The Fall Conference is scheduled for November 17-18, 2023. There is no monetary value to this award. 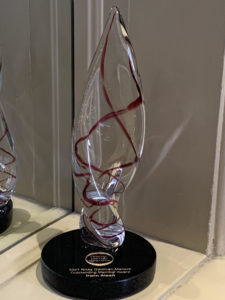 A special award that is open to current CLA members that have had a significant impact on the legal community as well as recognized for their local, regional, provincial, national and/or international philanthropy efforts.

Annually, this award can be awarded to up to three individuals with recipients receiving:

This award is meant to recognize great legal citizenship. Someone that treats colleagues with respect and good humour. Who always has an encouraging word and a twinkle in their eye. This is an award for those lawyers who are friends to us all and brighten our days. We are hopeful that locally CLA members could recognize and celebrate nominees over the beverage of choice.

Why named after Richard Goldman:

Open to all current CLA members. Nominations are open to any individual properly nominated.

Deborah Bloomberg is a lawyer and sole practitioner who has specialized in criminal law for more than 30 years.  Since 2006, she has been on the Independent Legal Advice For Survivors of Sexual Assault Panel run by MAG.  She is also on the Legal Aid Ontario, Gladue, Duty Counsel and Extremely Serious Criminal Matters panels.  She is a single mother, and supporter of the Toronto Humane Society, the Autism Society of Ontario, and the Sheldrick Wildlife Trust (which is an elephant and rhino orphan rescue and rehabilitation program in Kenya).  Her nominator noted specifically, Debbie is a consummate criminal defence lawyer.  She has compassion for her clients, for the victims of crime and she is a credit to our profession and to criminal law. Congratulations on being named the 2nd winner of the Ricky Goldman Mensch Outstanding Member Award.

Irwin Aisen is a lawyer and sole practitioner who has specialized in criminal law for more than 40 years. Irwin brings expert advocacy and analysis to the criminal charges he defends – whether it be an assault or a homicide. Irwin has a strong passion for the law, and equal compassion for his clients. Irwin represents many clients facing special needs. Irwin provides litigation support to the firm.

The Criminal Lawyers’ Association is pleased to support a variety of bursaries through the following post secondary institutions.

University of Windsor
Faculty of Law