The Recent Call Committee is back with its third Hot Topics event. This time the focus will be on the Supreme Court of Canada’s recent decisions in Sullivan, Chan, and Brown, which resolved longstanding questions about the constitutionality of s. 33.1 of the Criminal Code. We are so excited about the impressive results in these historic cases, and we are proud of all the hard work that so many of our defence bar colleagues put into them. We would like to celebrate their successes and give CLA members the opportunity to hear our colleagues’ views on litigating these cases and the Supreme Court’s decisions

Join us on Thursday, June 2, 2022, from 6 to 7:30 p.m. for a fun and educational evening with some of the lawyers who argued Sullivan, Chan, and Brown. You will have the opportunity to ask them all the questions you have in mind!

Though this session is brought to you by the Recent Call Committee, it is open to all CLA members.

The session will be moderated by Recent Call Committee member Brandon Chung from Henein Hutchison LLP and the guests for the evening are:

We hope to see as many of you as possible on June 2nd!

Danielle is a partner at Henein Hutchison LLP. The focus of her practice is litigation and investigations. Danielle’s litigation experience includes defending individuals and corporations charged with criminal, regulatory and disciplinary infractions at trial and on appeal. She has been counsel on a number of high-profile, serious and complex cases. Danielle has appeared at all levels of Court in Ontario and at the Supreme Court of Canada. In addition to her criminal and quasi-criminal defence practice, Danielle also takes on select civil matters. Danielle is a trusted investigator with experience investigating sensitive matters for companies, organizations, and institutions. Frequently these mandates include allegations of wrongdoing related to regulatory non-compliance, fraud, and/or physical and sexual violence. Danielle has significant expertise in the area of police misconduct and culture having served as senior counsel to the Honourable Justice Michael Tulloch on the Independent Police Oversight Review. Danielle is the recipient of numerous awards and recognitions including recently the Lexpert Rising Star award in 2019 and Best Lawyer recognition for Criminal Defence in 2021 and 2022. She is a frequent speaker and educator at The National Criminal Law Conference, Law Society of Ontario, The Advocates’ Society, and Criminal Lawyers’ Association and various law schools across the country. Danielle is also the co-author of the cited textbook “Sentencing: Principles and Practice” and the co-host of the legal podcast “The Lawyers Lounge”, published by Emond. Danielle acted as counsel for Thomas Chan before the Court of Appeal for Ontario and the Supreme Court of Canada. 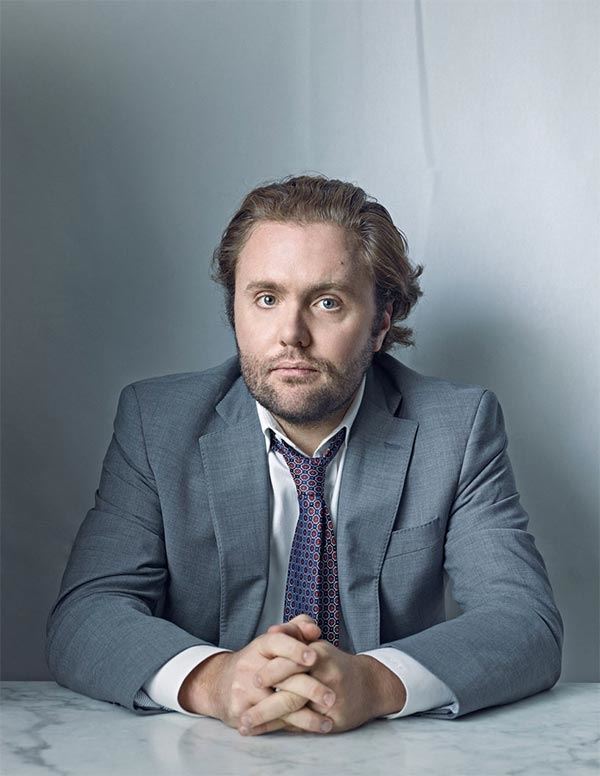 Matthew Gourlay is a partner at Henein Hutchison LLP. He practises primarily in criminal and regulatory law, at both the trial and appellate level. He appears regularly in the Ontario Court of Appeal and the Supreme Court of Canada. His appellate work encompasses criminal, regulatory, and civil matters. He also prosecutes and defends cases before a variety of professional disciplinary tribunals in Ontario. He is vice-chair of the Pro Bono Inmate Appeal Program, providing assistance to unrepresented litigants in the Ontario Court of Appeal. He is co-author of Modern Criminal Evidence (Emond, 2021) and Charter Remedies in Criminal Cases: A Practitioner’s Handbook (Emond, 2019), and legal editor of the Canadian Criminal Cases. Matthew graduated as gold medalist from the University of Toronto Faculty of Law in 2008. He then served as a law clerk to Chief Justice Beverley McLachlin at the Supreme Court of Canada from 2008 to 2009. He has practised with Henein Hutchison LLP since 2010. Matthew acted as counsel for Thomas Chan before the Court of Appeal for Ontario and the Supreme Court of Canada. 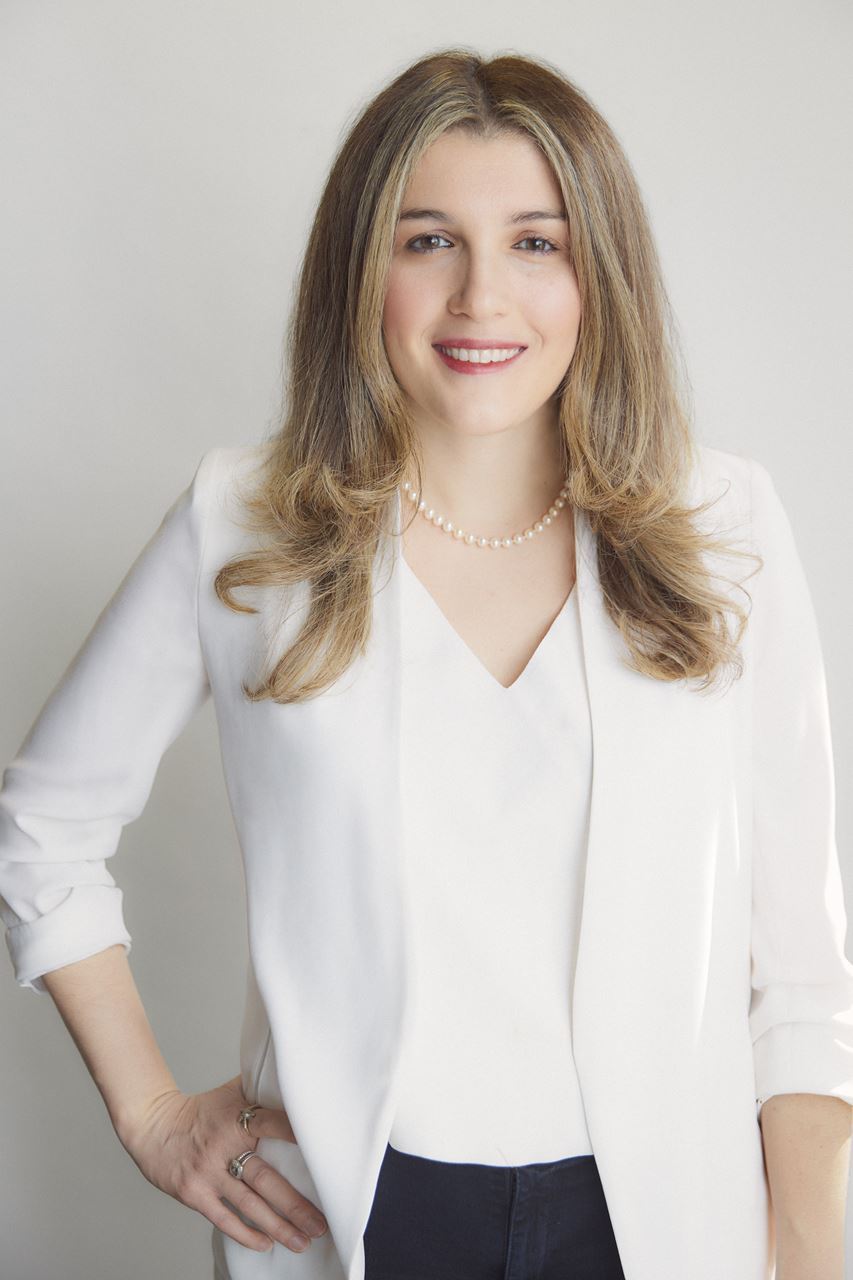 Stephanie DiGiuseppe is the managing partner at Ruby, Shiller, Enenajor, DiGiuseppe, Barristers, where she practices criminal, constitutional and regulatory litigation. Stephanie has represented clients before all levels of court, administrative tribunals, professional regulatory bodies and the Supreme Court of Canada. Stephanie is an active leader in Canada’s legal community and a dedicated advocate for social justice and legal systems change. She sits on the board of directors for the Criminal Lawyers’ Association, Peacebuilders Canada and the Campaign for Cannabis Amnesty and she acts as duty counsel with the Probono Inmate Appeal Program. Stephanie supports legal education by frequently speaking at legal conferences and to law students, including as an Instructor at Osgoode Hall Law School. Stephanie acted as counsel for David Sullivan before the Ontario Court of Appeal and the Supreme Court of Canada.

Michelle Biddulph is an associate lawyer at Greenspan Humphrey Weinstein LLP in Toronto, where her practice focuses on complex criminal trials and appeals. Michelle has argued a number of cases in the Supreme Court of Canada on behalf of parties and interveners, and has appeared before appellate courts across the country. Prior to joining her current firm, Michelle served as a law clerk to Justice Brown and Justice Rothstein of the Supreme Court of Canada. She was called to the bar in 2015.

Carter Martell obtained his undergraduate degree from the University of Edinburgh in 2007 and graduated from the University of Toronto Faculty of Law in 2013. He articled at the Crown Law Office – Criminal and was called to the Bar in 2014. Since 2015, he has practiced at Martell Defence, where he practices criminal and quasi-criminal law with a particular focus on appeals, constitutional litigation and complex motions. He appears regularly at the Ontario Court of Appeal and has acted as intervening counsel at the Supreme Court of Canada on behalf of the Criminal Lawyers’ Association, The Advocates’ Society and the Empowerment Council.

Anita Szigeti is the founding lawyer of Anita Szigeti Advocates, a Toronto firm focusing on mental health and the law. She is currently co-director of the Mental Health Law course within the Health Law LLM at Osgoode Professional Development where she obtained a Certificate in Tribunal Adjudication in 2018. Co-author of three (and a half) text books on mental health law across Canada, she is a recognized expert in the area of mental disorder in both civil and criminal law contexts. She has been retained as an expert witness in mental health justice matters. Anita has been a leader in the field for 30 years at the Ontario bar. She has been representing clients in Nunavut since 2014 as a member of the Nunavut Law Society. Anita was the Chair of the Mental Health Legal Committee (MHLC) for a decade and the founding first Chair of Legal Aid Ontario’s Mental Health Law & Policy Advisory Group. For six years, Anita served as an elected Toronto Director of the Criminal Lawyers’ Association (CLA) and the Association’s Chair of its Mental Disorder Portfolio. She served as the Women’s Director through COVID in 2020-2021. Anita is President of the Law And Mental Disorder Association (LAMDA), an umbrella advocacy organization of 200 lawyers practising mental health law. She is the Secretary of Women in Canadian Criminal Defence (WiCCD). Anita’s litigation career spans thousands of tribunal level cases, hundreds of cases argued in appellate Courts including more than a dozen in the Supreme Court of Canada. Anita has also been involved in too many death inquiries focusing on police use of force in interactions with persons in crisis and just as many high profile Inquests concerning other mental health related deaths. In 2016, she joined the prestigious Trial Advocacy faculty at the University of Toronto law school. Teaching advocacy is a long time passion for Anita who has also taught the substantive law of mental disorder throughout her career to Crowns, Coroners, adjudicators, psychiatrists, defence lawyers, clients, their families and anyone else who asked. She has particular expertise in training tribunal, board and agency adjudicators on how to address mental health matters culturally competently. When she’s not mentoring new generations of (mostly women) lawyers or at a Jays’ game with her family, Anita is found in a (now virtual, sadly) courtroom almost every day. She’s happiest litigating on behalf of vulnerable people, giving a voice to those who otherwise may not be heard at all. When she wins the occasional case, it shocks her most of all, but she lives for those days.

Register online by going to https://members.criminallawyers.ca/event-4835031

This session may be recorded. If so, recording will be made available at a later date.

No CPD will be offered for this event.

There are no refunds.